I am always saddened to read stories like this. Being born with a chronic pain illness is one thing – acquiring it as an adult is another. However, the worst has to be getting injured while trying to do something good. I know that most of you have had the thought, “What the hell? I have been a good person, I have done good things, I have/am/done… Why am I being punished this way?!” It’s a common sentiment and there isn’t always an explanation. I wish everyone well, and please let me know in the comments your thoughts on acquiring chronic pain later in life.

Living with chronic pain: ‘I was determined to overcome the challenge life had set me’

A few minutes some 20 years ago changed my life for ever. Trying to prevent a robbery left me critically injured and fighting for life – a broken back, shattered ankles and head injuries led to many operations, nine months in hospital followed by 12 months in a rehabilitation centre as my battered body fought to recover.

It was tough with many ups and downs along with days of despair and frustration but I was determined to overcome the challenge life had set me. A constant companion was pain at a level I had never experienced before which left me physically and emotionally drained, often getting in the way of my recovery.

It made me irritable and at times difficult to get on with. I hate to imagine what people thought although I often wondered if they really understood my pain as they could not see it or feel it. Heavy doses of medication left me feeling out of control of my life along with physical discomfort which manifested in several ways. I had this nagging believe that one morning I would wake up and the pain would be gone.

After all the injuries I had suffered in the past, I wondered why the pain was not fading away this time. My family life suffered; the inability to play with my young daughter upset me and my partner asking why I got involved in the first place contributed to wearing me down.

END_OF_DOCUMENT_TOKEN_TO_BE_REPLACED

Chronic Pain is About Being Afraid

This article is simply a good read-and-share. Let everyone you know and trust read this in order to further understand the life we sometimes live. It may help in their understanding and patience.

Click Here for the Original Article (Courtesy of stuff.co.nz)

I have a broken back, nerve-damaged knee, arthritis and to compound all that, obesity – a direct byproduct of the injuries and severe depression that came along with them.

I wrote this when someone near to me said she couldn’t understand what I went through on a daily basis, but wanted to.

I hope this help others who suffer chronic pain explain it to their loved ones. This may not be how it is for everybody but it seems true for many, judging by the responses I’ve had.

What is chronic pain?

END_OF_DOCUMENT_TOKEN_TO_BE_REPLACED

For Pain Patients, the Physical and Emotional Are Intertwined

This is a great article to pass along to friends and family. While we (those with a type of pain affliction), know and sometimes even understand what is going on with our body, we truly suffer from multiple directions. Not only are we stuck with the pain, we are also stuck in our own heads with what to do with this knowledge. Pain, being an invisible illness doesn’t help us in the least. It is impossible for us to relate the measure of our pain – either physical or emotional. There is no way for those without pain to relate to us, and in most cases pain can cause a wedge in relationships. It is exceptionally difficult to keep up with the daily grind and pretend like nothing is wrong. Hopefully this article can shed some light to those you choose to share it with. Another excellent resource to share with friends and family is: butyoudontlooksick.com run by a phenomenal silent-illness advocate (Christine Miserandino).

Click Here for the Original Article (Courtesy of healthline.com)

Areas of the brain that process physical pain share real estate with our emotion centers, making a multipronged approach to pain treatment essential.

No doubt many people suffering from chronic pain have heard the phrase, “It’s all in your head.” The reality is that all pain — whether caused by a broken leg or fibromyalgia — is processed in the brain, right alongside parts of the brain that regulate emotions.

This overlap between emotion and pain, however, is not a roadblock to better health. Instead, it can provide a pathway for people to gain control over their chronic pain.

“I’ve found that being positive and optimistic, staying hopeful, and really focusing on helping other people has been a wonderful way to get through it,” said Ashley Boynes-Shuck, a blogger and health advocate from Pittsburgh, Pa. She has been coping with juvenile idiopathic arthritis and chronic pain since she was ten years old.

Pain and Emotion Share Real Estate in the Brain

END_OF_DOCUMENT_TOKEN_TO_BE_REPLACED

Germany Allows Chronic Pain Sufferers to Grow Their Own Cannabis

This seems like a phenomenal idea. This allows the patient to put their care into their own hands. I wish America would follow suit on this. Cultivating your own medicine and regulating your dosage allows for a sense of control usually lost on patients who use medical marijuana for legitimate purposes.

A German court ruled on Tuesday that some people suffering from chronic pain should be able to cultivate their own cannabis “for therapeutic purposes”.

Five people suffering from chronic pain brought the complaint to a court in Cologne after Germany’s Federal Institute for Drugs and Medical Devices (BfArM) refused them permission to grow the plant at home.

The court said the BfArM had to reconsider three of the requests that it had rejected.

While the plaintiffs all had permits to buy and consume cannabis for therapeutic purposes, they wanted to cultivate their own because they could not afford to purchase the drug and their health insurance did not cover it.

END_OF_DOCUMENT_TOKEN_TO_BE_REPLACED

I am glad that finally someone has discovered the sense to act on this. Illinois has now legalized medical marijuana for children with seizures. I thought that this would have take much longer to come to fruition – it has been hard enough to legalize MMJ for adult use! I am interested to see where this goes. I am just glad that children are now getting the relief they need.

The highly-rated strain of medical marijuana ‘Blue Dream’ is displayed among others in glass jars at Los Angeles’ first-ever cannabis farmer’s market at the West Coast Collective medical marijuana dispensary, on the fourth of July, or Independence Day, in Los Angeles, California on July 4, 2014 where organizer’s of the 3-day event plan to showcase high quality cannabis from growers and vendors throughout the state. A vendor is seen here responding to questions and offering a whiff of the strain | FREDERIC J. BROWN via Getty Images

July 20 (Reuters) – Illinois children and adults with epilepsy will soon be allowed to use marijuana to ease their symptoms under a law signed on Sunday by Democratic Governor Pat Quinn, the latest in a series of measures loosening restrictions on cannabis by U.S. states.

The move to add epilepsy and other seizure disorders to the list of conditions legal to treat with marijuana or its extracts comes as numerous states have made medical use of the drug legal. Two states, Colorado and Washington, have legalized its recreational use.
END_OF_DOCUMENT_TOKEN_TO_BE_REPLACED

How to Talk About Pain

How to Talk About Pain – Courtesy of http://www.nytimes.com/
By JOANNA BOURKEJULY 12, 2014 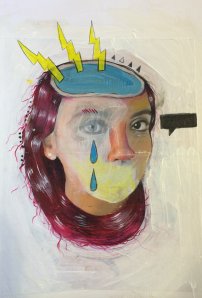 LONDON — IN 1926, Virginia Woolf published an essay on pain, “On Being Ill.” Isn’t it extraordinary, she observed, that pain does not rank with “love, battle and jealousy” among the most important themes in literature. She lamented the “poverty of the language of pain.” Every schoolgirl who falls in love “has Shakespeare, Donne, Keats to speak her mind for her; but let a sufferer try to describe a pain in his head to a doctor and language at once runs dry.”

Where are the novels or epic poems devoted to typhoid, pneumonia or toothaches, Woolf wondered? Instead, the person in pain is forced to “coin words himself, and, taking his pain in one hand, and a lump of pure sound in the other (as perhaps the inhabitants of Babel did in the beginning), so to crush them together that a brand new word in the end drops out.”

The difficulty in talking about painful sensations forces people to draw on metaphors, analogies and metonymies when attempting to communicate their suffering to others. Woolf — writing nearly a century after the popularization of ether, the first anesthetic — was perhaps too pessimistic about the creativity of sufferers. Take lower back pain, the single leading cause of disability worldwide. In the 1950s, one sufferer of back pain said that it felt like “a raging toothache — sometimes like something is moving or crawling down my legs.” Half a century later, one person confessed that “my back hurt so bad I felt like I had a large grapefruit down about the curve of the back.”

Woolf would not have been impressed perhaps by claims that backs hurt like a toothache or a grapefruit, but she was right to recognize that people in pain seek both to describe their suffering and to give meaning to it.

END_OF_DOCUMENT_TOKEN_TO_BE_REPLACED

Taking Your Life Back From Chronic Pain

Imagine gritting it out with sharp, throbbing pain from a migraine or back injury for just a few hours. Or doing your best to concentrate at work through the ache of an abscessed tooth.

Now, imagine coping with similar pain for years — and though it goes away at times, it’s never for long. Sadly, that’s the reality for millions of Americans. Chronic pain can take over a person’s life, but it doesn’t have to. Still, there’s no magic pill. Learning to manage pain is a process you go through and a decision you make.

Pain is invisible — others can’t see it or touch it. There isn’t a blood test that measures pain, or an X-ray that confirms its existence. It can be hard for people to get their pain taken seriously. But pain is a big problem. About 100 million U.S. adults are affected by chronic pain, and it costs up to $635 billion yearly in medical care and lost productivity, according to a 2011 Institute of Medicine report.

Backaches and headaches (especially migraines) are the most common pain culprits, but there are many others. Arthritis, injuries, pain from cancer or heart disease, genetic conditions like sickle cell disease, and surgical complications like severed nerves — any of these can result in pain that becomes a continual presence.

[Read: How to Describe Medical Symptoms to Your Doctor.]

For Penney Cowan, founder of the American Chronic Pain Association, the journey with pain began nearly 40 years ago. Fibromyalgia was the reason, but it took six years for doctors to properly diagnose it. Even today, the cause of fibromylagia is still unclear, but common symptoms include widespread muscle pain, fatigue and sleep problems. In Cowan’s case, pain affected nearly her entire body and worsened to the point that her quality of life was “down the tubes,” she says. “I couldn’t even hold a cup of coffee; it was too painful.” It became so bad, she says, that it consumed every waking thought and moment.

When does pain cross the line from temporary setback to lifelong condition? “If the pain’s been around for five years, the chances of having zero pain are probably pretty small,” says Robin Hamill-Ruth, an anesthesiologist, pain management specialist and president of the American Board of Pain Medicine. At that point, she says, pain management becomes the goal: “How do you get the pain to a level that it doesn’t control [patients’] lives — they control it?”

END_OF_DOCUMENT_TOKEN_TO_BE_REPLACED

← Older posts
Does it Hurt?
Blog at WordPress.com.